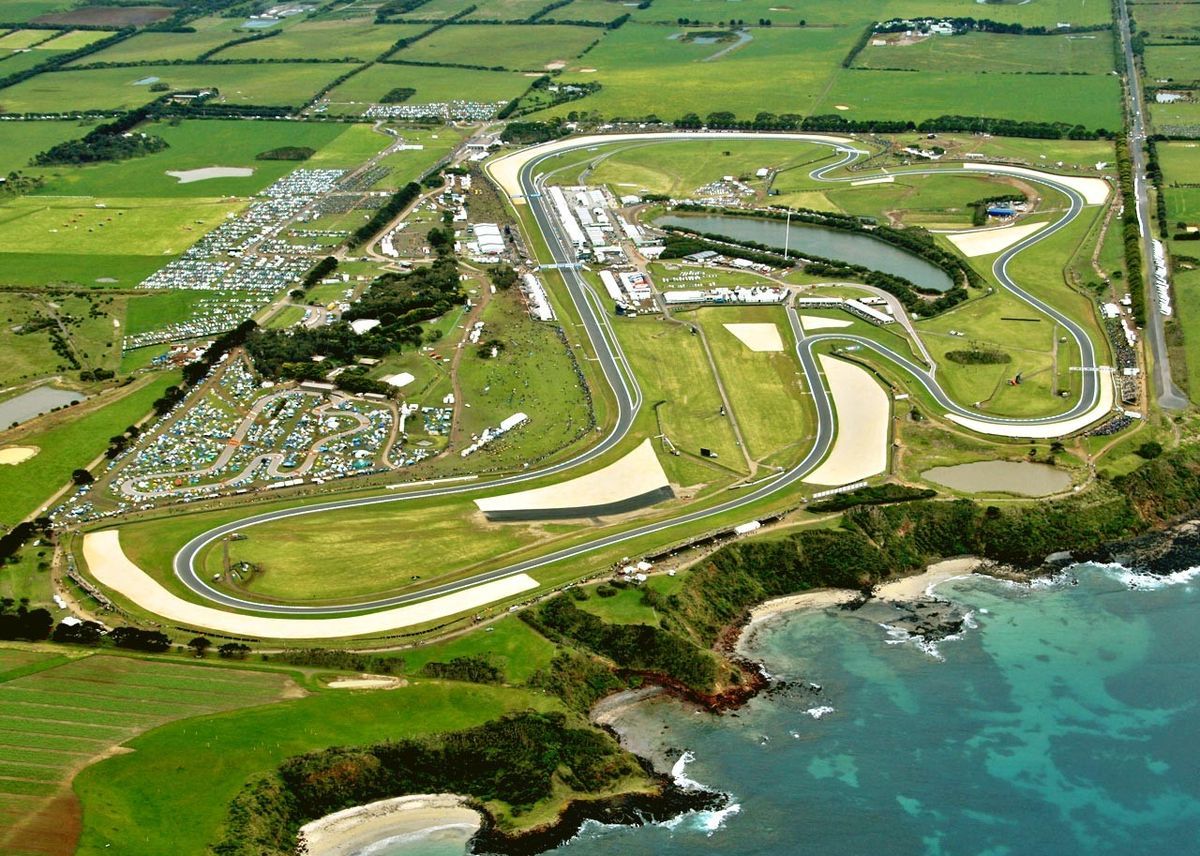 The AMCN International Island Classic is the largest historic motorcycle event in the Southern hemisphere, with 56 races over Friday, Saturday and Sunday. This year’s event is expected to bring 500 race bikes and 300 International racers and will garner coverage from motorcycle enthusiast media all around the world. Teams from four countries – Australia, New Zealand, the United Kingdom and the United States – will be competing in the AMCN International Island Classic for top honors in the premier International Challenge, which is scored by team points over the three-race, three-day format.

The 43-year-old Edwards, who stays sharp after his MotoGP career by riding the latest Yamaha M1 MotoGP bike, while testing Michelin tires and teaching his Texas Tornado Boot Camp, is characteristically honest about the challenge, “My thoughts about racing a classic bike are a big fat question mark. Last few years I’ve only ridden the best Yamaha MotoGP bike testing for Michelin. Does this bike have traction control?” he joked. There’s no mistaking his enthusiasm for the Phillip Island Circuit or his late father, Colin Edwards Sr’s, native Australia: “Phillip Island is easily in my top 2 favorite tracks…the town is great, people are nice, food is delish. Only problem is the long ass flight to get there…yikes!!! But in all honesty, it’s a pleasure to get on the Island and race.” The Texan’s record of eight podium finishes and one win (2001) at Phillip Island during his World Superbike career show an obvious affinity for the circuit.

The main competition in the International Challenge will come from the UK team, headed by former MotoGP racer Jeremy McWilliams, which has won the last three years. The ten years prior to the British dominance, however, the Australian team swept top honors in every premier class International Challenge since it was introduced as the headline event of the Island Classic in 2005. This year, the Australian team will be led by two-time World Superbike Champion Troy Corser, who is sure to be a force at his home track and looking to even the score. Given the event’s historical Australian and British dominance, and the fact that the USA has yet to win an International Challenge, Edwards and HyperCycle are doing everything in their power to put the USA at the front of the pack in this history-making effort.

HyperCycle’s Carry Andrew competed in the 2016 AMCN International Island Classic, and it opened his eyes to a level of Classic Motorsports competition that simply doesn’t exist in AHRMA competition in the United States. “I knew I could build a competitive machine for the premier International Challenge category which is limited to Superbike and Formula One-style race bikes produced from ’73-‘84, with some rules leniency for modern replicas of vintage frames and engine displacements up to 1300cc,” said Andrew, “and I was able to observe the machines that were the class of the class. I’ve set out to build the ultimate bike for what I consider to be the ultimate American rider.”

With a long history of building wicked-fast, large-displacement air-cooled inline fours, Andrew has had two-time World Champion Doug Polen, not to mention the teenage, future-World Champion, Nicky Hayden, compete and win on his world-class machines. Andrew will tap into his extensive knowledge of assembling all the components of rider, race bike and team to form a magic, winning combination. A couple of those elements are the proper financial backing and high-quality product support for HyperCycle Classic Superbike Team USA, which is, in part, the purpose of this press release.

This is a grassroots effort, funded largely in-house by passionate individuals who are looking for additional support. We’d like interested parties to join our International race campaign in representing the United States with pride in the International Challenge, and be part of the team that we hope will see Colin Edwards fly the Stars and Stripes atop the podium in Australia, this January.

American, and proud Texan, Colin Edwards’ career in motorcycle racing began at the age of four, when he was one of the USA’s top-ranked junior motocross racers for the next 10 years, before he took a break from the sport. A couple of years later, his Australian father, Colin Edwards Sr., a former amateur racer himself, introduced his son to roadracing. Two years later, Edwards began his professional career and won the AMA Pro Roadracing 250 GP Championship over future world champion Kenny Roberts Jr., and countless more experienced racers. In 1993, Edwards was signed to the Vance & Hines factory Yamaha Superbike team where he spent two years before Yamaha signed the young phenom to their World Superbike team. Edwards switched to Honda’s World Superbike team in ’98 and won his first World Superbike Championship in the new Honda RC51’s rookie season, in 2000. Two years later, Edwards clinched his second World Superbike Championship at the final round of the historic Imola Circuit, in what many consider the hardest-fought race in the history of the series. Despite the fact that Edwards could clinch the title by finishing second behind his great rival Australian Troy Bayliss, the two battled for victory, swapping paint through to the final lap when the Texas Tornado crossed the line in victory, and as a two-time world champion. That dominant display earned Edwards a career in MotoGP where he spent 11 years racing for the top teams in the paddock, including Aprilia, Honda and Yamaha, as well as private teams like Suter and Forward racing who utilized Kawasaki and Yamaha powerplants. When Edwards retired, midway through the 2014 season, 9-time World Champion Valentino Rossi spoke about the impact Colin made on the sport, and how he considered the Texas Tornado his best friend in the paddock. These days, Edwards tests Michelin’s MotoGP tires on the latest Yamaha M1 MotoGP bike at world championship series race circuits around the world, and also runs his successful Texas Tornado Boot Camp on his property in the Lone Star state.

More Info on the AMCN International Island Classic: From their website and media release

The Phillip Island Grand Prix Circuit is gearing up for a silver celebration as the Island Classic approaches its 25 year milestone!

The 25th Australian Motorcycle News International Island Classic will see a celebration of racing that has spanned over a quarter of a century, making the Island Classic one of the most iconic historic motorcycle festivals in the world.

The three-day Australia Day long weekend extravaganza features 56 races from Friday, January 26 to Sunday, January 28. All races are between four and six laps and feature bikes from pre-WW1 bikes through to Vintage (1920-1945), Classic and Post Classic (from 1946 to 1972), and the more recent Forgotten Era and New Era classes. Sidecars will also join solos on the program.

As well as the Japanese Big Four, other manufacturers on the Island Classic grid include BSA, Triumph, Harley-Davidson, Ducati, Matchless, Norton, Vincent, Ariel and Indian, as well as a bevy of chassis specialists.